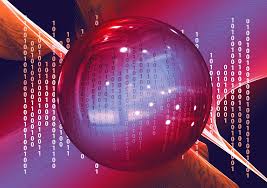 Running Alpha is the first AI-Powered Algorithmic Machine Intelligence Framework that was designed from the ground up to:

In-house proprietary technology is used for transforming data into an encrypted superposition of quantum entangled states — each representing the observed event from a unique viewing perspective; independent of human or machine observation.

Up until now, conventional machine intelligence can only learn by example in sequence; and because they require a very large number of past examples to recognize variation and identify change, many of today’s newer data sets of finite length impose a roadblock to innovating data-driven applications.

Even in those situations where the data history is not limited, legacy classical algorithms are unable to leverage the capabilities offered by Running Alpha’s massively-parallel one-shot training process (self-generated), which takes into account gauge symmetries — the unchanging geometric relationships among the viewing perspectives (quantum states) that lead to emergent structure in the real-world; and as such, traditional AI platforms are ill-designed for detecting anomalies in data we have never seen before.

Independent research performed by Running Alpha’s principal developer, Efrem Hoffman, iterated and refined over the past two decades, homes in on a very specific configuration of market player perception states; yielding forward market action that spontaneously causes prices to bounce off support and resistance levels like a rubber ball hitting against concrete. The physics underlying this behavior has its roots in a newly discovered ubiquitous phenomenon that arises when subatomic particles, called Bosons (i.e. Photons of light particles), are brought to a compact state of rest ( known as Bose-Einstein condensates ), while under the influence of a magnetic field.

In a study published on November 6th, 2017 in Nature, Physics professor, Cheng Chin and scientific colleagues from the University of Chicago show how Bosons would interact in a magnetic field when cooled down and packed into the same quantum state at near absolute zero. Here is an extract ( in brackets below ) from Wall St News.

[ Instead of observing a uniform scattering of random ejections, they saw bright jets of particles shooting out from the disk.

“If you’d asked almost anyone to predict what would happen, they would have said that these collisions would just send atoms flying off in random directions,” postdoctoral fellow Logan Clark, who is the study’s first author, said. Study co-author Anita Gai had also witnessed the fireworks at the level of the atomic world.

“But what we see instead are thousands of Bosons bunching together to leave in the same direction,” he said. The phenomenon could be liken to [ an assembly of ] of people who agreed to [ exit ] their place in groups.

The researchers believed the phenomenon could [also] be present in other systems; understanding them may lead to direct applications for future quantum technology. “For example, if you sent a particular atom in one direction, then a bunch more would follow in that same direction, which would help you amplify small signals in the microscopic world,” he explained ].

Well ahead of these results, since 2015, Running Alpha has launched a trading & risk intelligence product ( for profiting from extreme events in comfort ) centered around independently observing how this one-way training phenomenon can bear relevance to analyzing the synchronized networking effect of human and machine interactions within world capital markets, particularly when under the influence of market reflexivity and behavioral bias field effects — which we have found are caused by perception feedback loops among different quantum viewing states of the world events around us.

Since almost all data is subject to noise in the real world, in situations where the signal-to-noise ratio is either too low or varies significantly from what the machine algo has been trained to encode and recall, the expected result can deviate radically from what is actually being experienced.

What better example than one of the fastest growing and socially accepted markets in the world — crypto-currencies, and particularly Bitcoin, which just initiated trading last Sunday for the first time on a regulated U.S. financial futures exchange — the CBOE, to be followed by the CME next week.

What we are most excited about at Running Alpha is that we hold an unfair advantage in exploiting anomalies in the structure of Bitcoin transactions and converting them into frequent and repeatable large-scale profit opportunities with virtually no market friction.

We hold this advantage because there is no history for which classical machines can base their abstractions of nascent data sets, without being subject to whipsaw and unnecessary turnover costs.

Bitcoin trading is governed by pure emotion and its anonymous decentralized mechanism upon which it is founded is unlike any modern market, which can otherwise be easily manipulated by predatory practices and insider knowledge of fundamental data sets.

Running Alpha algorithms are successfully locking in on a broad band-width of quantum parallel states, permitting us to precisely recognize both the magnitude and timing window of extreme changes in Bitcoin price action and volatility before it presents itself to the classical world — i.e. billions of iterations of decision-making logic ahead of the marketplace processes that give rise to asymmetric sentiment shifts in social mood, and the digital records in the traditional market tape and block-chain that both create them and feed back on them in subtle highly non-linear ways.

Up until now, without incorporating quantum algorithms, there is virtually no reliable scientific basis for perceiving such market tells. What we thought was noise in the classical domain of observation, is actually the fundamental building block of the signal in the quantum world. Instead of “separating the noise from the signal” — what seems like common sense is no longer applicable for shedding light on the turbulence of the marketplace. Running Alpha embeds this new philosophy of economic and scientific thinking in every decision we breathe — it’s in our DNA.


This site is best viewed using current version of Google Chrome. Running Alpha is mobile friendly for viewing across all devices, but we recommend a desktop for optimum user experience.
© 2022 Running Alpha. All Rights Reserved. Theme by Streetfire Designs.